Wireless Home Networking – How It Works

If you came here from the How Wired Networking Works section congratulations on making it through the hardest part of this series of articles on Home Networking Mastery. In this section, we’ll discuss how wireless home networking works. Everything you learned about wired networking applies to wireless networking. The biggest difference is we’re using the air instead of wires to connect.

In this section, we’ll cover a few additional details specific to wireless home networking you need to be aware of to have a good understanding of home networking as a whole.

Wi-Fi Speeds Have Still Not Caught Up To Ethernet

In recent years the “theoretical” maximum speeds of Wi-Fi are approaching ethernet speeds (1Gbps.) That doesn’t mean it’s time to toss all your ethernet cables and switches. Wi-Fi will always depend on Ethernet.

Keep in mind that the “theoretical maximums” you see printed in bold letters on the retail box your wireless routers came in are not “real world.” Wi-Fi’s theoretical maximum speeds are like 0 to 60 times of your car. Sure, your car may go from 0 to 60MPH in 8 seconds on a track but you won’t find yourself driving like that in the real world.

There is no need to study or memorize it.

WiFi’s Progress Over The Years

According to the Intergalactic Association of Wi-Fi Whizbangs (Also known as the IEEE) whose job is to control all our speech and thoughts when it comes to wireless networking, 802.11n is no longer 802.11n. It’s now Wi-Fi 4. To make Wi-Fi standards easier for people to remember. “802.11x” is being replaced with Wi-Fi 3, Wi-Fi 4, etc. For example, 802.11ac is now Wi-Fi 5. It’s finally time to get into the nuts and bolts of wireless networking. While the basic principles of Wi-Fi and Ethernet are the same, in many ways Wi-Fi is a different animal. It has undergone many technological advancements in recent years due to its popularity and high demand. As a result, Wi-Fi has an identity and set of rules all its own.

Let’s have a look at the recent innovations in Wi-Fi technology that have allowed it to go from a mere convenience to an expected feature on most networks. A good understanding of these features of wireless networking will help you make more informed decisions when choosing network gear, setting up your router, and understanding what to expect from devices on your network.

Tech Skills For The “Home IT Guru” Disclosure: We are a participant in the Udemy Affiliate Program, an affiliate advertising program designed to provide a means for our site to earn fees by linking to Udemy.com

You may have noticed from the table above that Wi-Fi standards seem to bounce back and forth between two different bands or frequencies – 2.4Ghz and 5Ghz. These frequencies cannot see or communicate with each other, yet they can inhabit the same space without interfering with each other. So, is there a practical purpose for this other than to confuse us? Absolutely. As I said these two bands can co-exist in the same area without seeing or interfering with each other. This means devices on the 5Ghz band can’t interfere with devices on the 2.4Ghz. Less interference means fewer drops, less slowness, and a better-quality experience.

For this reason, “dual-band routers” became all the rage. With a dual-band router, you could use the faster 5Ghz band for gaming and video streaming on devices close to the router. You could then the 2.4Ghz band for more mundane connections on the outer edges of the home. Device connections could be optimized for specific purposes while not interfering with devices on the other band.

Instead of spreading out random waves in all directions which eventually fade out beamforming allows a Wi-Fi signal to be concentrated and “aimed” at individual devices like a flashlight beam. This results in stronger, more stable connections. Beamforming has been around since wireless “N” but wasn’t much of a factor until improvements came along with wireless “AC” and MU-MIMO.

MIMO employs the use of multiple antennas to transmit multiple data streams and floods your home with more “spatial streams” for your devices to connect to. MIMO stands for Multiple Input Multiple Output and does exactly what its name implies. Adding more data streams increases the data reaching your devices and increases the chance of it reaching devices behind obstructions by bouncing a signal off adjacent walls and objects and eventually reaching its destination. As great as MIMO was devices still had to wait their turn when sharing a connection with a single wireless router. The more devices on the network the longer each device had to wait, and things would slow down. MU-MIMO is like MIMO on steroids. It opens things up. It’s like adding additional lanes to a single-lane highway. It allows multiple devices to have their own lane or dedicated Wi-Fi connection. MU-MIMO stands for Multiple User Multiple Input Multiple Output and is the most important feature of wireless “AC.” It only works on the 5GHz band. This is because the 2.4GHz band on an AC router is actually “N.” Wireless “AC” does not run on the 2.4GHz band.

You’ll frequently see wireless router configurations like “2×2,” “3×3” and “4×4.” This refers to the number of spatial streams the router can handle. For example, 3×3 means a router can support 3 input and 3 output spatial streams.  A spatial stream is simply a direct connection between wireless devices.

Channels have been created to manage wireless interference from other WIFI devices. A router running on the 2.4Ghz band on channel 1 will interfere with nearby routers on the same channel. We can control this wireless interference with the use of multiple channels. This is done by simply changing to a channel that doesn’t conflict with other routers. The 2.4GHz band has 11 channels. Eight channels overlap and interfere with each other. Channels 1,6 and 11 don’t overlap. You want to set your wireless router to one of those three channels while avoiding channels being used by other routers. This is discussed in more detail in Chapter 4 – Increasing Your Wireless Performance.

Once you have this article and my article on how wired home networking works under your belt you’re ready for some hands-on with a wireless router. We cover that in the next section on wireless router setup.

I go more in-depth into wireless home networking in my Home Wi-Fi Explained article. For now, you should have a good understanding of how wireless networking works and your head shouldn’t spin so much next time you read the box with your next wireless device is in.

Remote Desktop Software To The Rescue

We will be happy to hear your thoughts 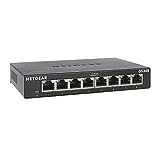 The Home Network Manual: The Complete Guide to Setting Up, Upgrading, and Securing Your Home Network (Home Technology Manuals)
$13.99

Last update on 2023-01-06 at 06:05 Affiliate links and Images from Amazon Product Advertising API